The workgroup also identified an opportunity to gather further data on other events that influence the stability of a unitized load, specifically those associated with vehicle transport. Funding for research that explores vehicle transport constant acceleration events (truck cornering, braking, etc.) has been approved by ISTA’s Advocate Research and Value Delivery Program. The intent of the research is to drive further development of qualitative test methods that predict the effects of vehicle transport constant acceleration events on unit loads in transit. 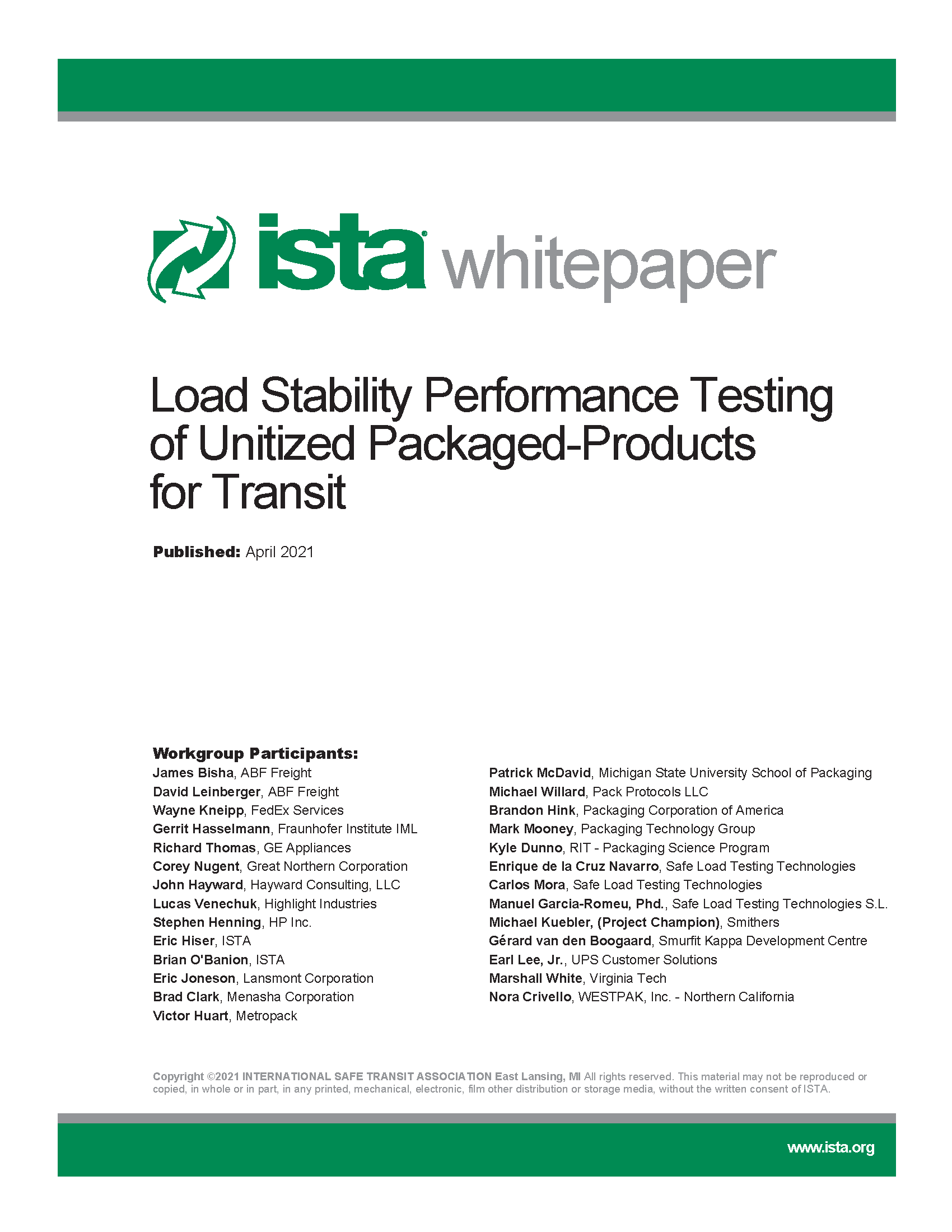 Michael Kuebler, ISTA Load Stability Workgroup Chair and Smithers Technical Director shared “I'm thrilled to see all the hard work of this load stability workgroup culminate in a tangible guidance document that will bring value to not only the Smithers distribution testing team but to the entire package testing community. This new unitized load stability test fills a gap in testing guidance and will ultimately help users better predict performance and shipping effects by delivering accurate testing data.”

The new test will be used in two ways: The Standards Council has also determined it most appropriate for the individual test element to reside in ISTA’s Data Depot, in the “project” phase, prior to incorporation into any standardized testing procedures. Since this test is in the “project” stage, sharing how test results correlate to known field results is encouraged. These correlation efforts help the ISTA Standards Council validate the method.